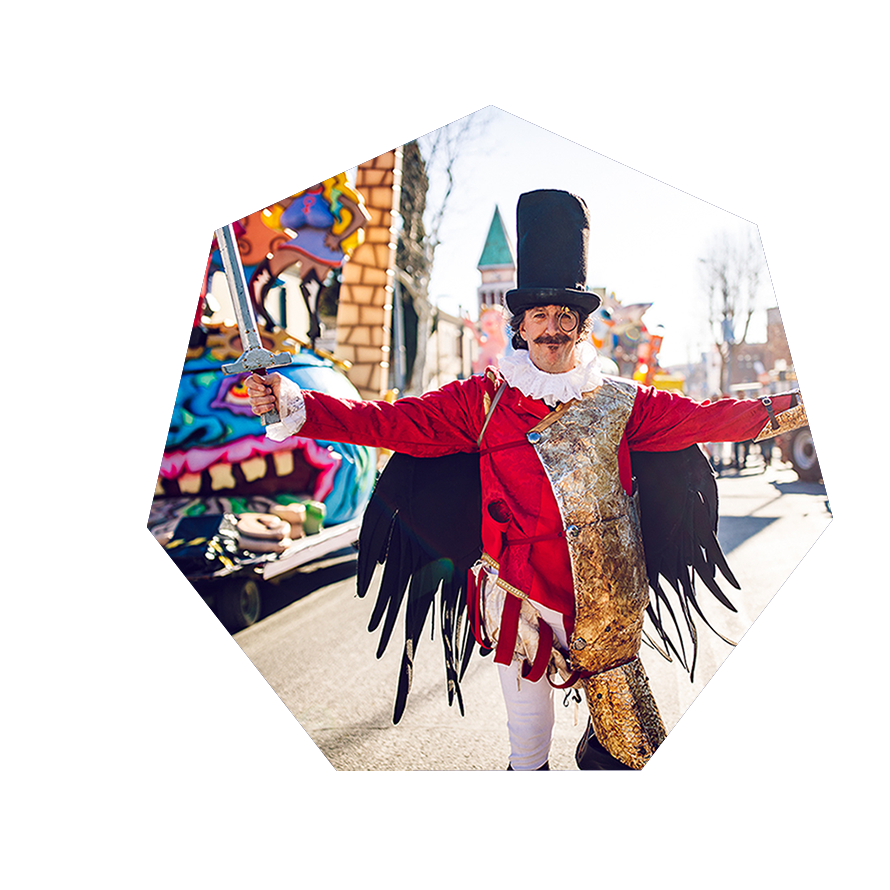 The “Vulon” has been
the traditional mask of Fano Carnival
since the 1951.
First of all it was commonly called “El Pup“,
but now it’s called “El Vulon“.

In that year, so in 1951, the mask was invented by the painter and manager of the Società Carnevalesca (a society dedicated to enhance Carnival and to organize all the events it includes), Rino Fucci who was inspired by a character probably already created for centuries by the popular imagination.

It is a mask that represents in the form of caricature the most prominent characters of the moment both locally and nationally and internationally; there are no certainties about the origins of this character. One of the most accepted hypotheses has recently been reported by a local magazine.

… Once upon a time (1805-1814) the French were in Italy and they raided works of art and imposed laws (Code Napoleon) which we still trace today. One of the most unpopular figures to the Italian people was, of course, the auctioneer of edicts, nice as Equitalia at the door, who arrived, with that grandeur from beyond the Alps, in the center of the square to declaim laws and decrees just issued.

The Assemblée Nationale a décrété, et nous VOULONS et nous ordonnons ce qui suit (deux points and go with the tax). Squeezed out of every penny we had, the only thing left for our ancestors was irony and they began to scoff at “el Vulòn” on duty.

Later the name described every character who showed off delusions of grandeur in perfect French-style, such as the wealthy men of the city. Finally in 1951, el Vulon was identified in el Pup, symbol of the Carnival, which, as a scapegoat, is burned every Fat Tuesday in that same square where it had announced laws and decrees.