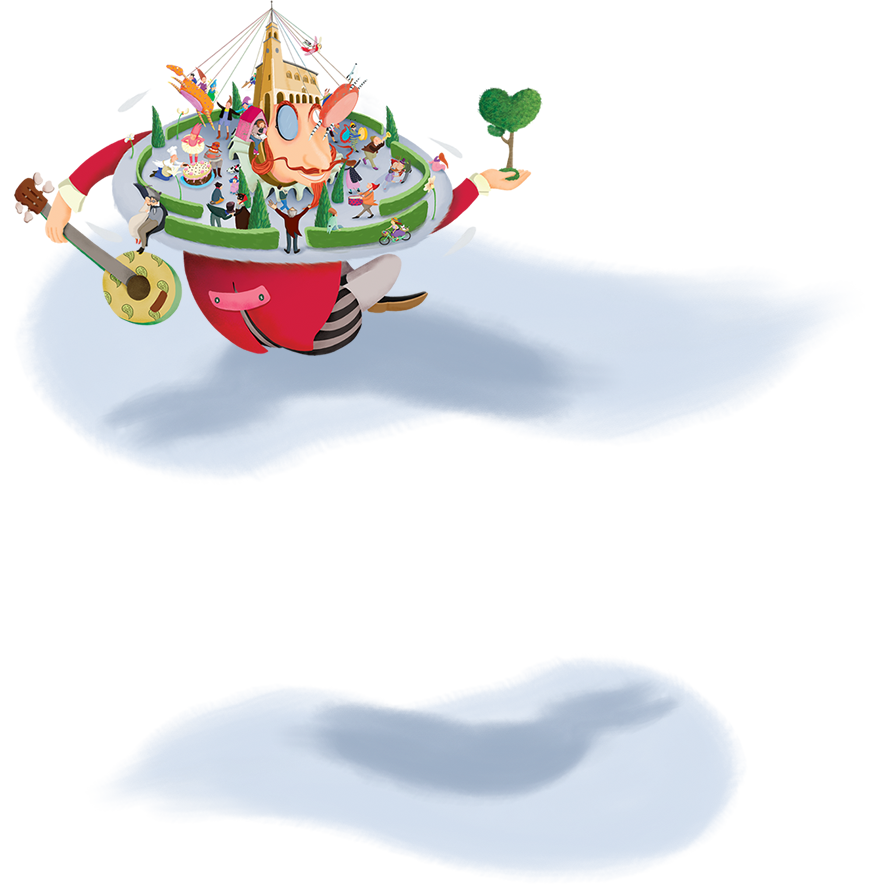 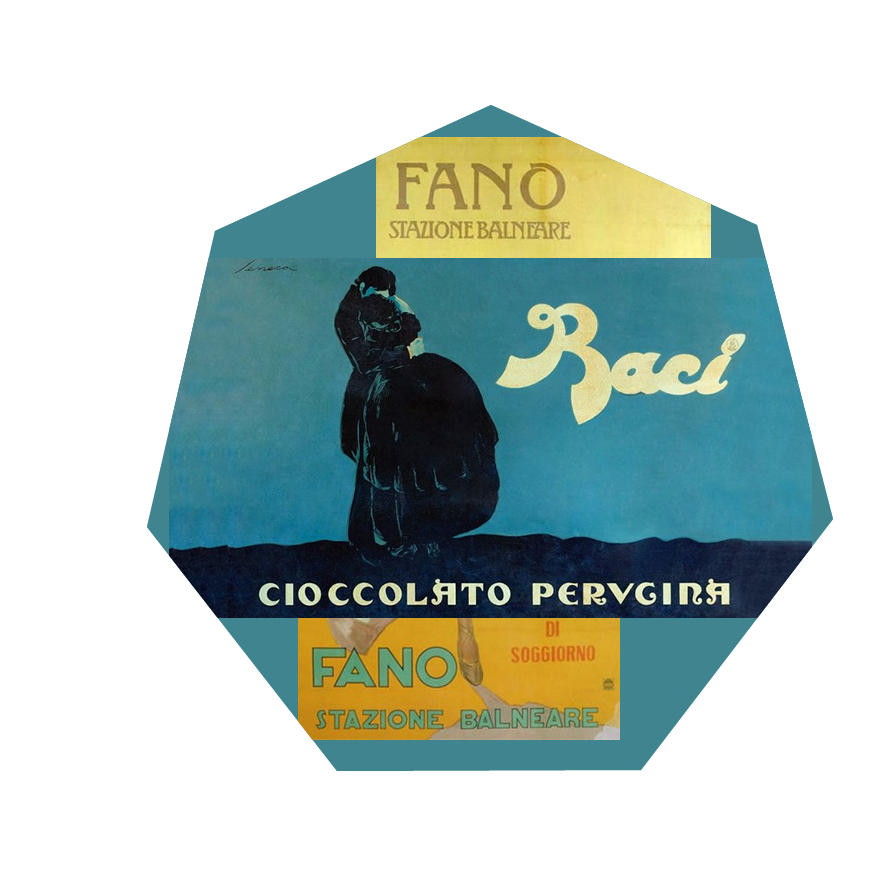 There has always been a
very close connection between
the Fano Carnival and Perugina,
also due to its geographical proximity,
as the sweets poured out
in large quantities on the crowd
during the parades (the Getto > the throwing)
were and are supplied above all by this company.

Therefore, we find it interesting to give some information on the best-known product (the “Bacio” > “the Kiss” a chocolate praline) and we’ll discover who invented it and who portrayed its image.

It is said that the Bacio was born from the idea of Luisa Spagnoli (Perugia 1877 – Paris 1935), an entrepreneur also known for the chain of clothing stores that bears her name, to mix with other chocolate the fragments of hazelnut that came thrown during the chocolate processing.

The result was a strange irregularly shaped chocolate, which reminds to the image of a clenched fist.

This is why it was called “Cazzotto”.
A dear friend of Luisa Spagnoli, was not convinced that it was a good idea to give the name “cazzotti” and wanted to rename them with a nicer name; thus was born the “Bacio Perugina“.

Federico Seneca (Fano, 1891 – Casnate, 1976), was one of the most important Italian advertising poster designers.

From 1919, until 1935, he collaborated with Perugina and Buitoni for whom, with the role of artistic director, he took care of the graphic image and created advertising posters of Cubist and purist inspiration, with elements attributable to the futurist Depero.

Reworking the image of the painting by Francesco Hayez, “Il bacio“, he created the typical blue box with the image of two lovers; always his was the idea of inserting the title blocks containing the love phrases that still characterize the chocolate.