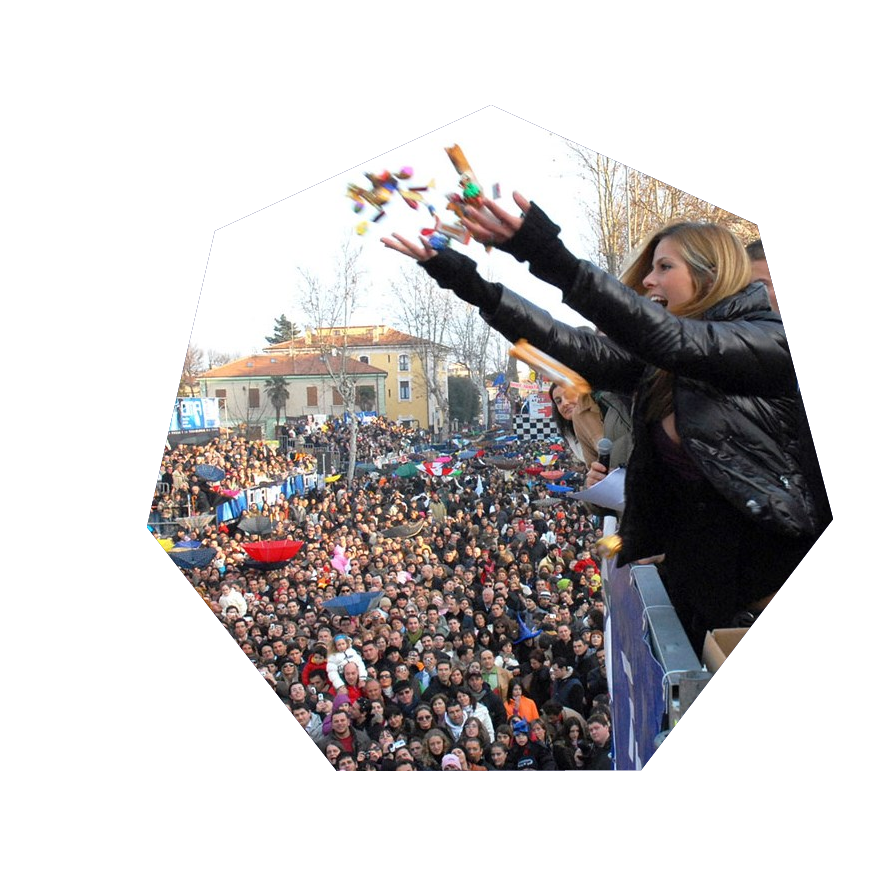 The Carnevalesca is an association,
based in Fano,
established for the purpose of organizing
the traditional Carnival of Fano
and other events,
in order to give boosts to city life,
in particular to the cultural, folkloristic,
tourist and economic appreciation of the city.

As many people know, Carnival is an ancient festival, whose birth dates back to the Latin Saturnalia.

The name most likely comes from the Latin “carnem levare”, that is, from the ecclesiastical prescription of abstention from the meat consumption.

The first known document describing typical Carnival celebrations in the city, dates back to 1347 and is kept in the Section of the State Archives of Fano, Municipal Historical Archive, Depositary vol. 4.

Since that time the Carnival of Fano has gradually been characterized specifically, so much so that in 1871 it was decided to create a committee in charge of organizing the event that still today after centuries involves and excites thousands of people.